Anyone who plays Clash Royale knows that in order to win battles and challenges, you need to have a good deck and a killer battle strategy. This guide is about understanding the Hog rider and how best to use it to get ahead in a battle including how to counter against someone who uses it.

Why is understanding the Hog Rider so important?

Hog Rider decks have been trending for a long time now and they form the most powerful win condition deck for any player regardless of the player’s level or arena. Players are winning with the Hog Rider card and it makes sense that you know two very important plays when it comes to the Hog Rider:

So to begin our understanding the hog rider guide, lets quickly run through the basics behind the card.

The Hog rider is a quick and fast all-attack troop, meaning it targets buildings. In addition to its quick speed, the Hog rider can jump over the river to quickly get to the nearest building.

The troop is unlocked at Arena 4 also called P.E.K.K.A’s Playhouse, which is reached when a player gains 1100+ trophies. The full troop profile is shown in the image below. 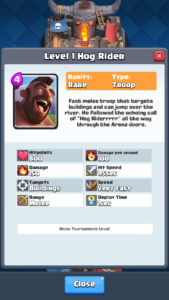 Many players use the hog rider as their main offensive card for the following reasons:

The key to successful hog rider attacks depend on the way you build your deck and the way you use the troops in the arena. Hog rider decks can be defensive or designed for attack pushes. The type of strategy will determine the hog archetype that you will use for the battle. The common hog rider archetypes that players use include the hog cycling, control, hybrid and beat down. In this guide we will describe the Control archetype which works perfectly for both high level and low levels players.

In this deck, the Hog rider is your win condition and you use the goblins to support it. The Inferno tower acts as your main defense thereby making the Mega Minion your defense support. That leaves the Dark Prince and Ice wizard/wizard acting as the runner troops. The fire spirits and zap spell will be used to take care of mass troops such as the skeleton army. 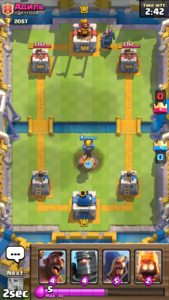 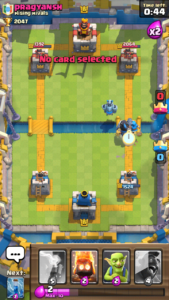 Use your runners to support your defense or to lure any card that the opponent might have against your hog, i.e skeleton army, minion horde etc.

You can also use the runners for quick counter attacks on the same side that the opponent is attacking.

To use your win condition, wait for your opponent to commit their anti-hog cards. It is even best if you wait for him/her to use up their elixir before you place your hog and goblins in quick succession by the corner of the river. 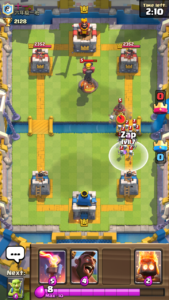 Have your spell and fire spirits ready to take care of anything that the opponent might throw at you.

Important tips on pulling off a control hog archetype

Since the hog attacks are trending right now, you will often match up with an opponent who uses hog rider archetypes. The best way to defend against these is to place your defensive building, in this case the inferno tower, to counter the hog card. Your placement of the building should be after the opponent’s hog card has been placed.

You can also use your runners to take out the hog and launch a counter attack immediately after. In the archetype that we are using in this guide, using the dark prince and wizard as runners will quickly take out the hog and move for an attack. While the opponent tries to defend against the runners, you send in your hog on the opposite lane.

The Hog Rider is a versatile card that often gives birth to many innovative strategies. It makes sense that it is trending right now, by understanding the hog rider, you understand how to attack with it and also defend against it. 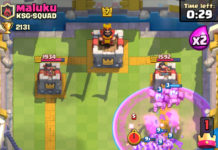 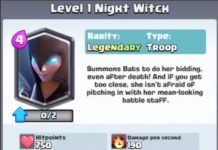 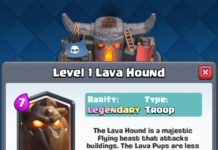